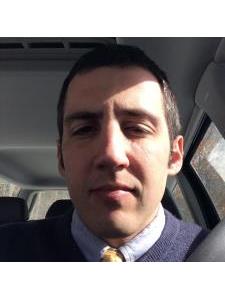 Need a private English class in Middlebury? I'm Travis and can provide you or your child customized lessons either at your house or mine. Please look at my qualifications and reviews and Feel free to contact me should you have any questions. Thanks! Travis ... contact me

My name is Travis A. and I am currently a student teaching candidate in the Southern Connecticut State University Education program for the Spring 2018 semester. I have wanted to be a teacher ever since I began training soldiers as a Non Commissioned Officer in the United States Army. I served a an infantryman in the Army from 2005 to 2011 and completed deployments to Iraq and Afghanistan.Training soldiers quickly became my favorite part of my job in the Army and motivated me to become a tea