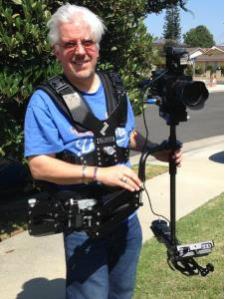 Dan began his professional career as a sixth grade school teacher for the Irvine Unified School District, in Irvine, California. As a grade school teacher, he was honored with the Climate Creator of the Year award, and was a finalist for The National Teacher of the Year Award. He received a California Life Teaching Credential in 1981.From this background in public education, Dan entered the video & film industry in 1981 by starting a video production company in his garage. As a peace offerin