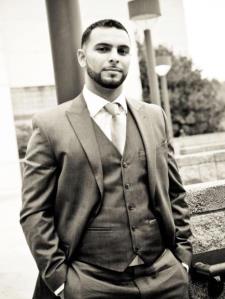 Learn English in Duluth with Samir

Would you like to improve your spoken or written English? I'm Samir from duluth and I can help you learn English better and quicker. I pride myself on taking personalized interest in learners achieving their true potential. ... contact me

I am a former professional soccer player. I played for the Canadian National Team under 23 and have played for clubs in the CSL (Canadian Soccer League) for 5 years. I'm currently coaching at Atlanta Fire United. In addition to soccer, I am a former Sprinter and Long Jumper at the University of Windsor in Ontario Canada earning a national gold medal in the year 2006. I have qualified to the 2004 summer Olympic games to represent my birth homeland. I hold an NCCP level 1 certification from The Na